The fiscal amendment of the Ministry of Economy and Finance has led to the resentment of cryptocurrency investors. In response the amendment, investors burst into anguish, saying that “it will kill the crypto market and will ultimately lead investors to leave the market.”

On July 22, the Ministry of Economy and Finance announced a revision to the 2020 tax law. According to the amendment, taxation on cryptocurrencies will start in October 2021. Investors who have earned profit of more than 2.5 million won a year through cryptocurrency transactions are required to pay 20% of the tax on profits exceeding the non-taxable amount (2.5 million won).

When the news came out, investors assembled to the Blue House for National Petition. “I don’t know what there are difference between the stock market and the virtual asset market,” said one cryptocurrency investor. “This tax bill is not equal to equity when compared to the stock market.”

The government’s contribution to the cryptocurrency market downturn, which began in 2018, has had a major impact on the investors’ opposition to this tax law. Investors are saying It is contradictory to cause damage to past investors and start taxing relatively small profits.

Indeed, until early 2018, prices of cryptocurrencies have risen significantly that the market could enjoy an unprecedented boom all over the world. As interest in the cryptocurrency market grew in Korea, the government declared crypto market as a very speculative investment. In particular, the Minister of Justice’s remarks, “We will close the cryptocurrency exchange,” which ultimately resulted in collapsing the price of cryptocurrencies. At that time, the daily exchange volume of domestic exchanges was at the top of the world. A cryptocurrency investor said, “In the past, government action has caused irreversible damage to investors. There was no protection toward local investors, and I cannot understand the attitude of raising taxes on such small profits.”

As detailed taxation methods and regulations emerged, main interests of investors became how to cut taxes. They include how to use overseas exchanges, how to use OTC (over-the-counter transactions), and how to dispose of all the goods before taxes are imposed.

The industry warned that this tax bill can make cryptocurrency trading more speculative and deeming. Investors voices rise that the use of foreign exchanges will increase and the transactions between individuals may increase rather than using domestic exchanges. An exchange official said, “The expected use of foreign exchanges and the OTC market will increase due to taxation measures. I’m afraid that the unreasonable taxation policy will drive cryptocurrency trading market to more speculative and shading market.” 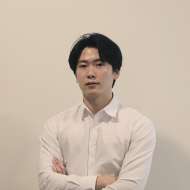